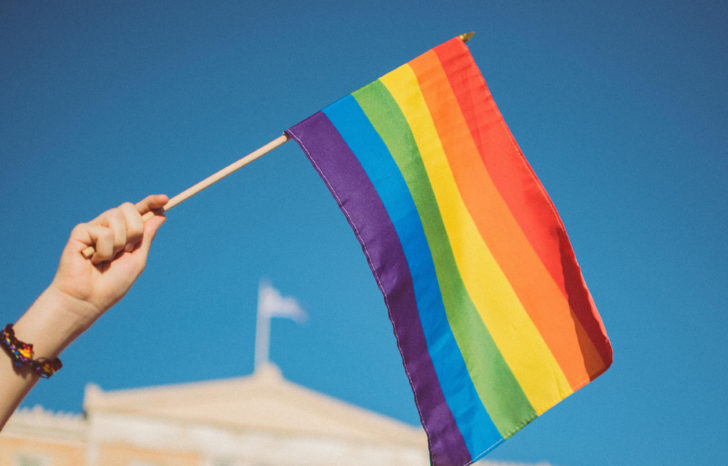 What can charities learn from social movements?

The coronavirus pandemic has demonstrated brands ability to unite people with shared values - like the millions coming together to clap for the NHS.

The coronavirus pandemic has demonstrated brands ability to unite people with shared values - like the millions coming together to clap for the NHS.

Over recent years charities have been adopting the attributes of social movements from We are Macmillan Support, Parkinson’s UK, and Scope, to World Animal Protection, British Red Cross and Fight for Sight.

At Brand Breakfast’s “The Power of Many”, we reflected on some of the biggest movements of modern times and what charities can learn from them. Here’s a rundown:

Calls for greater transparency and authenticity coincided with the rise of social media. This in turn inspired the concept of “new power” - the shift of power from company shareholders to society and citizens, mobilised by today’s digitally connected world.

The Occupy movement -known for people camping outside London’s St Pauls London and New York’s Wall Street from 2011 – is a good example of this. An international movement expressing opposition to social and economic inequality, Occupy’s prime concern is how large corporations and the global financial system control the world in a way that disproportionately benefits a minority, undermining democracy and causing instability. Occupy.com is the media channel for the movement and is used as a voice to call for justice.

As a movement Occupy signalled the start of the Brand Purpose era, where brands define and deliver why they exist and the value they create for society, people and planet.

What charities can learn: whether used to spread hate or democracy, movements have been propelled by social media, long before the current Facebook boycott.

“Hope,” and “Change we can believe in” are among the slogans of the first black president during the last decade. But one stands out loud and clear above all others: “Yes We Can”.

President Obama used this memorable motto from his Senate campaign in 2004, in the farewell speech of his presidency in 2017. It was chanted at political rallies, appeared on campaign posters and inspired a Will.i.am song and celebrity packed music video.

But as the Washington Post reported, it nearly didn’t happen. Obama initially thought the catchphrase was “corny.” But his wife, Michelle, convinced him otherwise.

What charities can learn: successful movements often have charismatic leaders and catchphrases.

This year's 50th anniversary Pride marches were cancelled due to the pandemic, which were scheduled to mark the Christopher Street Liberation Day March, widely considered to be the first Pride parade.

I am very lucky to have seen LGBTQI rights in this country advance hugely in my lifetime, to the point that I rarely see my sexuality as an issue or barrier to life. However, acceptance of gay couples and same sex marriage is sadly in decline in the UK and a quarter (27%) of British parents feel it is fair to treat people differently because of who they love or who loves them. Homosexuality is still a criminal offence in 35 of the 53 Commonwealth nations – and it is only legal in 18.

I also know that some members of the LGBTQI community have been sensitive to the fact the NHS adopted the rainbow, which has long been a symbol of gay rights. Although they are technically different, as one has six stripes and the other seven, not that many people would know the difference. Regardless I greatly appreciate the many people who fought long and hard for marriage equality and the three simple words that embody it.

What charities can learn: successful movements are not only based on shared beliefs, they now need a snappy hashtag.

From British suffragette Emmeline Pankhurst demanding “deeds not words” in 1903 to movie stars calling out abusive behaviour in 2017, the #MeToo movement represents a wave of global feminism built up over decades.

The 2018 global women’s marches were memorable for their sense of optimism and empowerment, as well as a tsunami of pink pussy cat hats. The creators state the name refers to the resemblance of the top corners of the hats to cat ears while also attempting to reclaim the term “pussy”, after Trump's widely reported 2005 remarks that women let him "grab them by the pussy".

But as the movement evolved the hats faded away. The reason: The sentiment can exclude and be offensive to transgender women, gender non-binary people and of colour. "I personally won’t wear one because if it hurts even a few people's feelings, then I don't feel like it’s unifying," said Phoebe Hopps, founder and president of Women's March Michigan.

What charities can learn: movements often have symbols of change, whether a flag, badge or hat.

It was hard to open a newspaper in 2019 without seeing Greta Thunberg, the Swedish teenager who is the face of Extinction Rebellion, a global environmental movement using nonviolent civil disobedience to compel government action to stop climate change and ecological collapse.

One of the most distinctive features of the movement is its use of readily available brightly colourful protest graphics. Extinction Rebellion have a dedicated Art Group to help with all their free to download pre-made materials. Creative Lead Cliff Russell says: “It was important to have a consistent look, so we could be an umbrella movement that everyone could come underneath.”

This is similar to the idea behind the open access ‘Be Macmillan’ brand portal. And the new typeface (Topic Type BLM) launched in support of the Black Lives Matter movement allowing users to create messages using letterforms found on protest signs worldwide to bring the “emotion and energy” of physical protesting into a digital space.

What charities can learn: not only do movements need iconic graphic design, they need to let go of the reins to make it easily available.

The charity sector largely originated from aristocracy, but that isn’t appropriate or acceptable for the world we live in today. Protests have erupted around the world to show support against police brutality and structural racism, since the killing of George Floyd in late May. And today, charities are being criticised for institutional racism, including from the campaign group Charity So White.

What charities can learn: movements need a clear purpose and are unstoppable when they convey human passion and emotions.

Awful as Covid-19 has been, it has sparked an era of “smart generosity”: ): “the innovative application of a company’s resources (cash, personnel, operations, reinvented products/services) toward an urgent social issue, which puts the needs of stakeholders before short-term profits”

The good news is business brands are increasingly looking to partner with charities to unleash their social purpose and using the UN’s Sustainable Development Goals to focus minds and create new initiatives.

What charities can learn: there is never a better time to use your brand purpose to inspire partnerships.

Now if that lot hasn’t fuelled a fire in your belly, we don’t know what will.

If you’d like to create a brand movement get in touch.